Posted by Mrs C Mann on December 14, 2016
Friday 14th October 2016 was the first of three football festivals to be held this year for girls 6 a side football.
The festival was held at Millbrook school and was very well attended by schools in Wantage area including: Millbrook, St James, Charlton, Stanford, St Nics and Stockham.

Unfortunately despite doing so well we just missed out on a place in the semi-finals. 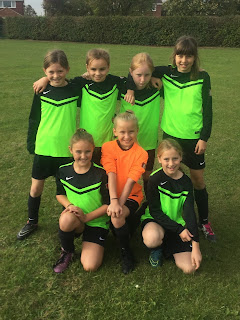