Posted by Mrs C Mann on April 27, 2017
On Tuesday the 25th April 2017 a team of 8 children attended the year 3/4 tennis festival at King Alfred’s Dome. The children along with 11 other teams from the Wantage area were competing for the winning trophy.
The team were seeded from 1-8 so that they would be playing against similar ability players. Our first match was played against Millbrook A winning 5 games out 3. The second match against Stanford B was won 6 games to 2. We also one against Stockham, St Amands and St James. This secured us a place in the final with 15 points out of a possible 15!


We played the final against Charlton winning 6-2 and winning the competition. Well done to our tennis players: Harry, Alfie, Estelle, Jessica, Charlotte, Oliver, Mason and Lacey. 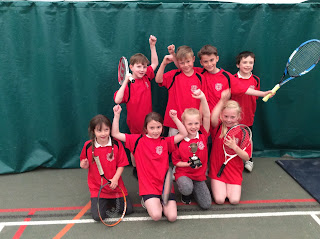 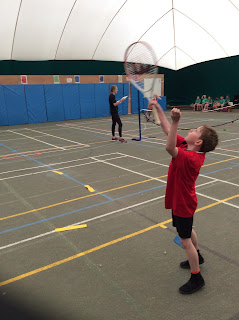 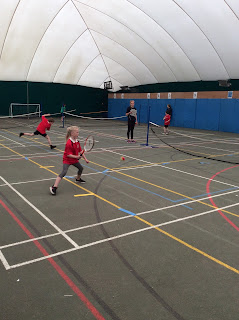