On Wednesday 24th May 2017 the rugby team traveled to Oxford to take part in the Chairman’s Cup.
The team played some tough matches in their league, some of which were very close however they won all their matches.
In the semi-final the score at the final whistle was 2-2. The children had to play for the golden try after a very tense 2 minutes we scored the winning try!
In the final it was again a very close match however the team were to remain undefeated and won the trophy!
Well done to everyone who took part. 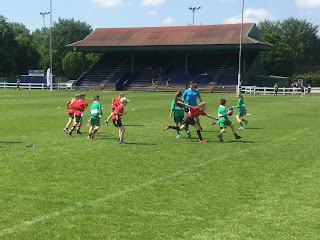 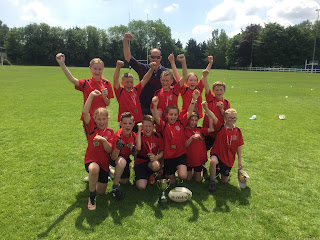