Posted by Mrs C Mann on January 29, 2018
On Friday 26th January 2018 two teams of children took part in the year 3/4 mixed football competition at Millbrook School. This was the first opportunity the children have had to play together as team. The teams were split into an A and B team. Both teams played fantastically with everyone taking turns to have a go in goal and swapping positions to see which their favourite was. Wantage A; playing in green shirts lost 3 of their matches and drew one match despite some great game play and some fantasic saves by the goalies. Wantage B; the red team won their first match 4-0 with Sam scoring three goals and Eyram scoring one goal. They lost their next two matches and won their last match against St James 1-0. The team played in quarter finals against Charlton but unfortunately lost the match 1-0 in the last few seconds. A great afternoon was had by all the children and we are all looking forward to the next round of matches in February. 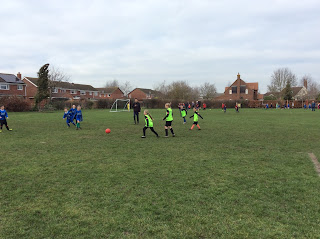 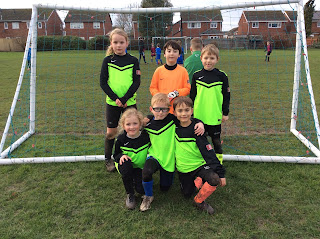 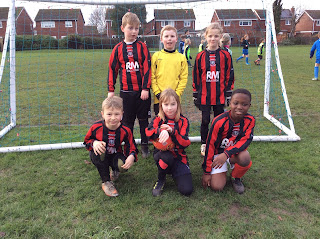