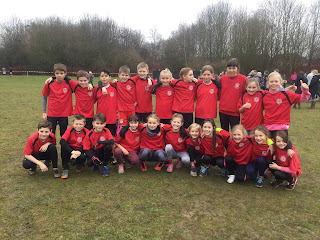 After the success of the cross country teams at the WASP rounds and the Vale rounds the Year 3/4 girls, Year 5/6 boys and Year 5/6 girls represented the Vale in the Oxfordshire School Games.
The event was held on Tuesday 27th March 2018 at Tilsley Park, Abingdon.
The Year 3/4 girls started off the morning with Alice leading the girls’ home in 14th place, closely followed by her team Annabel in 26th, Kara 32nd, and Rose 33rd completing the girls team were Annie, Jessica, Olivia and Emily.
In the Year 5/6 boys race Caspar just missed out on a medal finishing in a very respectable 4th place, he was closely followed by Edgar in 8th place, Alex in 25th and Ethan in 34th place completing their team were Alfie, Evan, Henry and Harry.
The Year 5/6 girls were last to race and despite a couple of the girls falling over in very muddy conditions! Rachel led the girls home finishing in 16th place closely followed by Mia in 18th, Evie, Estelle Rubie-Brooke and Georgie completed the girls team.
The team results were announced and the winning team for the Year 3/4 girls was Wantage! The year 5/6 boys finished in 3rd place and the Year 5/6 girls just missed out on a medal position by only 4 points.
A big well done to everyone who took part and a big thank you to everyone who came and supported our team. 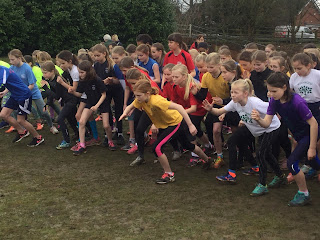 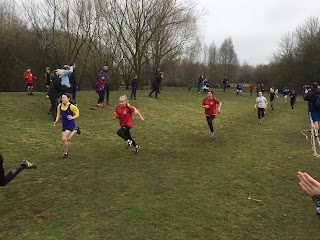 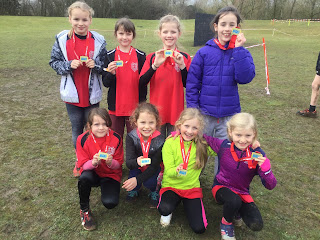 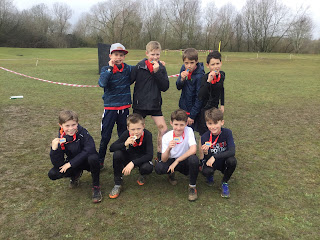