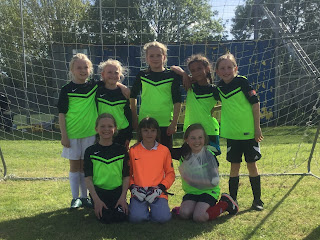 Koreen Davies Cup
On Thursday 26th April 2018, the girls’ football team took part in the Koreen Davies Cup at Harwell School.
The team: Lacey, Heaven, Evie, Jessica, Jessica, Olivia, Ciara and Alice played in this 6 a side tournament.
Our first match was a friendly against Harwell Year 6 girls. Our girls looked terrified as they stood on the pitch with the girls commenting ‘they are so tall!’ with some words of encouragement they calmed down and played the match. Alice did a fantastic job in defence and Jessica made some great saves in goal. The final score was 0-0 which was a great start for the girls.
Their second match was played against Ladygrove Park, it was a very close match however with a great goal in the second half we won 1-0.
Our third match was also a win (2-1) against Blewbury which secured us a place in the semi-final.
The girls were feeling very nervous! In the semi-final against Oratory and with a full time score of 0-0 we had to play 2 minutes extra time. Still with no final score we had to have a penalty play off.
Jessica took the first one and missed, with Oratory scoring a great goal. Next up was Alice with a great goal. Oratory took their turn and Jessica made a great save, we were level again.
The final goal was taken by Olivia and she scored a great goal. We anxiously awaited while Oratory took their turn and they missed. We were in the final!
Wantage played Whitchurch in the final and unfortunately lost, however the girls performed fantastically during the afternoon. THe team feel very proud of themselves as this was the first time they had all played together.
Well done to everyone who took part. 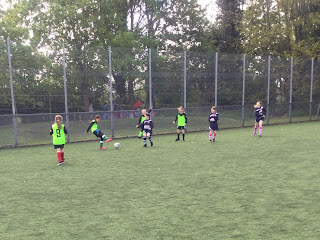