Posted by Mrs C Mann on December 17, 2018
Basketball Competition
On Thursday 13th December we took part in the Vale basketball competition at Wantage Leisure Centre. Wantage entered 2 teams of children into the competition after holding trials at lunch time a few weeks earlier.
The teams were selected and chose to be either Wantage A or Wantage B.
Wantage A – Kyra, Bobbi-Ty, Estelle, Toby and Bradley played in pool 2. In their first two matches they lost against Shrivenham and Rush Common School. However in their next match, after deciding how they could improve, the team won by 4 points to Charlton.
Wantage B – Daisy, Lacey, James, Sam and Jaydenplayed in pool 3. Wantage B drew their first match against Millbrook. When they came off the court they talked about the things they could improve on and decided they needed to mark better and make shorter passes. They put this into practice in the next match and won against St Blaise. They continued to build and improve on their skills in the game and won their next two matches against Stanford and Rush Common.
Wantage B played in the semi-final against St Michaels which despite playing well they lost. The team then played for 3rd place and lost again in a very close match, placing them in a fantastic 4th place overall in the competition.
All the children had a great afternoon and learnt new skills and improved how they played basketball. Well done to everyone who took part. 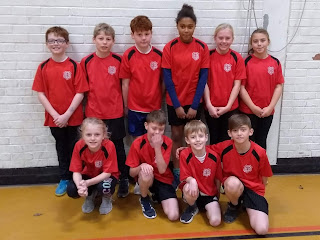 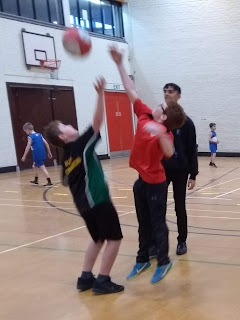 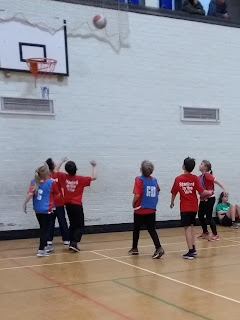